How ‘Everyone In’ turned my life around

When a teenage James Howell from Ellesmere Port started ‘mixing with the wrong crowd,’ his life headed in the wrong direction - to a life of drugs and homelessness.

Now, aged 42 and twenty five years of ups and downs later, the ‘Everyone In’ scheme to accommodate all those who didn’t have a roof during the COVID-19 pandemic has helped rescue James from falling into a downward spiral.

He is finally in a place where he can come to terms with the choices he has made and the path his life has taken.

Here, he talks frankly about his struggles with addiction and how the support he has received from the Council and forfutures has given him the stability from which to build a better life… 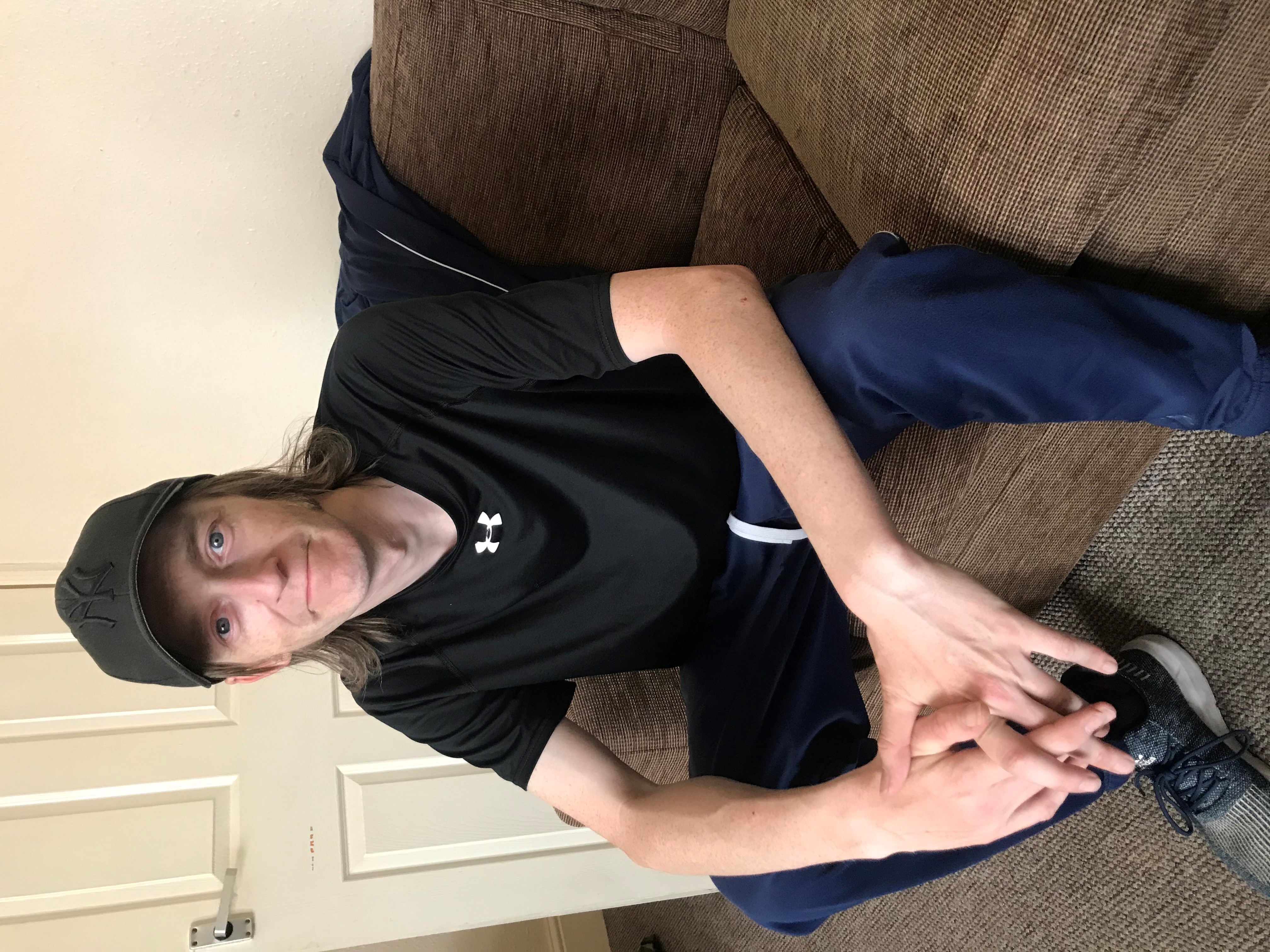 Half way through high school I started knocking round with the wrong crowd.

That was out of the frying pan into the fire for me. I was 14 and instead of making decisions about what I want to do to better my life I was just thinking I’d rather be with my mates and skive school.

I didn’t realise I was doing the wrong thing. We should have been in school learning, to my eternal regret.

From there I got into smoking pot. Not only smoking pot but I had to be the one who smoked the most.

I started knocking around with people who were smoking heroin and that was when things got serious.

It took a while for my habit to kick in and probably took a year at first, sort of flirting with it.

The first couple of times it made me sick. You’d think if you had something that made you sick, why would you go back to it the second time but there is a strange draw that calls you back. I was about 18.

I started doing it once a week and, before I know it, I’m doing it nearly every day.

It went downhill. I never got into using needles, thank god. Smoking it was bad enough.

After a while I thought I have got a problem. I need to go into treatment, and I went into methadone treatment. It worked the first time and I stayed off it for a few years.

But I messed up again, I think I fell out with a girlfriend. It doesn’t matter what the excuse was. From then on, I have been on and off.

I was living with and looking after my nan. She was living in a Council house. She got terminally ill, so when she died I had nowhere to go to. We had to give the house back to the council and, from then on, I have been sofa surfing for about five years.

Last year I was sofa surfing with a mate. Me and him fell out so I left and I was on the streets. This was November 2020.

A mate put me up for a night. The Council are the next best thing when you are in that situation, so I rang the Council and they said we have got a place for you at a hotel as part of the ‘Everyone In’ scheme.

At the Mulberry, at least I had a roof over my head but I didn’t know what was coming next. It wasn’t until they said: ‘would you share?’ I said I would, yes, as long as it was with somebody I know is alright.

Two days later they come to me and my friend and said they have got us a place in Ellesmere Port, you’re downstairs and you’re upstairs.

I have been hoping for my own home for ages and it means a lot. I felt like weeping I was that happy.

It gets you down when you have got nowhere and you are properly on your own. I have been in some situations, rough with drugs and things like that and it doesn’t get much worse, not having anywhere, knowing your family can’t help you because they haven’t got the room. I was desperate.

I have been doing alright recently, staying off the drugs. My last four or five samples have been clean, apart from methadone. I am doing good really.

I don’t have any phone numbers (of drug dealers) and it doesn’t bother me when I have got money. It doesn’t come into my head, scoring, because that can be a big one for people, I believe.

I’m through all that so I’d like to think the mental side I am through with. All I have got to do is shake off the last bit of the methadone, detox that and go from there.

I have got my guitar and my music. I really wish I had got into it when I was younger and used the hours I have spent wasted on drugs, on guitar. I would have been a lot better than I am now, let’s put it that way. It is a valid way of using your time. It does no harm, it doesn’t cost much. Thinking of getting an electric one soon.

It has been ace since I have been here, just been a couple of little jobs needed doing but nothing major. I have not had one thing to moan about. I have to pay my council tax but my rent gets paid by the job centre.

I have had excellent support. They keep me on my toes like the other day when they sent me that thing about how to clean the cooker with the bicarb and vinegar. She said it just gives you something to do this afternoon James.

Little touches like that. It is to keep me happy and them happy and do the right thing. I don’t want to be sitting here moping around all day. I would rather get up and do something. If you get a bit of exercise done, you sleep at night.

I will get up and go on pointless walks up to Whitby Park and just to get some fresh air and get out and use up some energy. You get a natural high, you get endorphins. If you do things like exercise you feel great after, people get addicted to exercise because of the endorphins, it becomes almost like a drug. Exercise is doing good for your body.

I have offered doing a bit of voluntary work. Considering that I’m not going to be stopping here for too long, I would rather wait until I get my own place and then get a job.

Ideally, get off the methadone and get back into work, they are my main plans. I have worked in the past, I have done all sorts.

People need to want to help themselves. Some people are that far gone that they find it easier to sit around in Chester, cadging money off people than trying to fix their lives.

A lot of these homeless people , 90% of them, have probably got addiction problems so it is difficult. It should be done on a case by case thing, the ones in difficult situations will need more work than others who need support weekly.

If it hadn’t been for Everyone In, we would have had loads of people knocking around and homeless in the Port or Chester.

Some of these people have been on the streets that long, they are that used to being given stuff they forget that they have got to start laying money out themselves.

They can be a bit funny and resentful about it but they have got to learn that you pay your way in this world and you are lucky to get something for nothing when you do.

Look at some countries in this world who get nothing. Some people don’t know they’re born.

Major Neil Bowdler, is an army reservist with Cheshire West and Chester Council. His normal day t...
No more stories